What is CBG (cannabigerol)?

Cannabigerol (CBG) is a lesser-known cannabinoid that only recently started getting worldwide acknowledgment for its host of interesting and beneficial properties.

Specific enzymes in the plant break CBGA down and “direct” it toward one of the three lines. The acids are exposed to ultraviolet light or heat, and voila, they become the cannabinoids we know: THC and CBD. In most strains, CBGA is immediately converted to either THCA or CBDA. Thus, more THC means less CBG and CBD (and vice versa) by nature of how these compounds are synthesized.

To obtain higher yields of CBG, breeders are experimenting with genetic manipulation and cross-breeding of plants.

CBG has been found to act on very specific physiological systems and problems, and results for medicinal use are promising:

Scientists are excited about these initial CBG results and are promoting future research with CBG alone or CBG in combination with other cannabinoids and therapies for the treatment of multiple maladies. Because it is non-psychotropic, CBG has a promising wide range of potential applications not only for the problems mentioned above, but also as an analgesic, therapy for psoriasis, and as an antidepressant.

Looking to give CBG a try? View all our CBG products and see which one is best for you.

Containing notes of tart cherries and citrus, cherry limeade hemp flower is an amazing and delicious choice of CBD flower. When consuming this strain, you may experience an uplifting and calming effect. This is due to this strain’s high amounts of different cannabinoids.

Lifter hemp flower is a high-CBD strain that remains a favorite with daytime users searching for an all-natural energy boost. Great for addressing inflammation and chronic pain, lifter is a sweet strain boasting a diverse terpene profile that also offers users fantastic focus.

CBG is the parent molecule of THC and CBD, which have different molecular structures and different interactions with the endocannabinoid system. Unlike THC, CBD and CBG are non-psychoactive, meaning they won’t get you high. Our CBG hemp flower contains less than 0.3% delta-9-THC.

With initial smells of fresh plant matter, cypress, and a bit of spicy skunk, this strain’s flavors intensify and evolve when broken up, shifting to a bouquet that includes hints of cilantro and gas.

CBG has been found to fight inflammation, pain, nausea and research has shown it works to slow the proliferation of cancer cells as well as significantly reduces intraocular eye pressure caused by glaucoma. CBG shows promise as an antibacterial agent and an anti-inflammatory as well.

Pungent tropical fruity flavors are the hallmark of the Hawaiian Haze hemp flower. Its smell has a hint of pine and pepper, products of the plant’s terpenes such as myrcene and alpha-pinene.

Hawaiian Haze buds are airy and vibrant green with streaks of bright orange pistils. Uplifting and elevating, thi is the perfect companion for any social event or daytime motivation.

Elektra was bred by crossing Early Resin Berry (ERB) and ACDC. The breeder, Oregon CBD, was able to create a very high CBD hemp strain (up to 21%) with less than 0.3% THC through this cross. The parent strain AC/DC is a popular high-CBD strain that can reach up to 19% CBD.

Elektra’s other parent, ERB, is a bit of a mystery. What is known is that it also produces high levels of CBD. ERB has signature sweet berry flavors with hints of citrus. The Elektra hemp strain is likewise high in CBD and rich in flavor. Some users even detect pine and citrus flavors with a subtle spiciness of hops.

Pineberry is the product of parent strains Ringo’s Gift and ERB which create a rich terpene profile and high resin content. The Pineberry strain can reach up to 15% CBD potency with legally compliant THC levels (<0.3%).

The dominant Pineberry terpenes include beta-myrcene, alpha-pinene, and beta-caryophyllene, however the key to this strain’s success is the alpha-pinene, which gives this strain its’ distinctive piney flavor. Supporting flavors like fresh fruit and berries help balance the intense earthiness of alpha-pinene.

The indica genetics of the Pineberry CBD hemp flower is thought to impart a relaxing and calming effect. Reviewers recommend the Pineberry hemp strain for evening use and unwinding.

Sour Space Candy hemp flower provides a happy, uplifting, and energetic feeling making this strain great for assisting in a variety of conditions including stress, pain, and depression.

ERB brings in strong sweet berry on top of Sour Tsunami’s fruit and citrus aromas to create this sweet, fruity, and herbal strain. Some have compared its aroma to sweet and sour candies.

The dense multicolored buds of Sour Space Candy have beautiful tones of purple, green, and orange. This strain can contain seeds, but despite that has become wildly popular for its sweet flavors, sticky resinous buds, and high CBD content.

Cannabidiol (CBD) is the powerful, legal and natural derivative of the hemp and cannabis plant that is taking the world by storm and widely considered a “miracle supplement”. The cannabis plant contains about 85 cannabinoids, the chemical compounds responsible for the way marijuana effects users, with the two most widely discussed being CBD and THC. Cannabinoids play a vital role in the human body which has endocannabinoid receptors located throughout it. These receptors comprise what is known as our endocannabinoid systems and are stimulated (whether by external cannabinoids or the ones already within us), they work to maintain homeostasis.

While tetrahydrocannabinol (THC) is what’s responsible for cannabis’ psychoactive properties, cannabidiol (CBD) is non-psychoactive and, based on the current research available and user testimonials, offers an array of therapeutic benefits ranging from cancer prevention and treatment to pain relief.

The Potential Benefits of CBD

Based on currently available research CBD appears to be nothing short of miraculous – a great, natural alternative for pharmaceuticals used to treat a host of diseases. The following factoids were curated from the top cannabidiol studies: 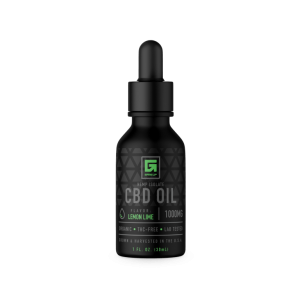 What is CBD Isolate?

Hemp CBD isolate is cannabidiol in its purest form possible making it the most powerful form of CBD currently available.
CBD isolate is the extraction of CBD from the cannabis plant so that the subsequent product is pure. Unwanted plant material is removed from the extraction, leaving a concentrated CBD isolate, which amplifies the healing properties of the cannabinoid.

Consuming isolate (as opposed to smoking a high CBD strain of cannabis) yields one higher concentrations of CBD in smaller amounts, making it a great medicine for those who need it.

CBD Products Made from Hemp are 100% Legal

CBD products are produced one of two places, medical cannabis or industrial hemp plants. While still illegal under federal law, cannabis is legal in several states but because it has a low THC content (>.3%), industrial hemp does not fall under these same regulations. This allows consumers to purchase and use CBD as a natural supplement without worrying about any legal repercussions.

Many cannabis users who are solely interested in the medicinal value of marijuana find CBD isolate products to be extremely appealing and effective.

The statements made regarding these products have not been evaluated by the Food and Drug Administration. The efficacy of these products has not been confirmed by FDA-approved research. These products are not intended to diagnose, treat, cure or prevent any disease. All information presented here is not meant as a substitute for or alternative to information from healthcare practitioners. Please consult your healthcare professional about potential interactions. All products on this site contain less than .02% THC.

Please check your email and click the link to verify it to receive your 20% off code!
×